Every year around the holidays, I try to write one article about working with herbs like chamomile for stress. Herbs can calm our nervous systems and help us to feel more grounded and centered. Something many of us need during the holiday season.

Being the infamous year of 2020, I almost skipped the Herbs for Stress holiday newsletter, because who really needs it? This year has been a breeze and I’m sure we’ll float through the holidays as well…

This year’s article is an encouragement to turn towards trusted herbs in many deeply nourishing ways so that we can benefit from their gifts. I know from experience that it’s the herbs I have the closest relationships with that often help me the most. And one way to build that relationship is by working with the plant in many different ways.

For this article, I’ve chosen one of my favorite herbs, chamomile, to show the many ways you can invite this humble yet powerful herb into your life and use chamomile for stress.

Before we get to recipes, let’s spend some time getting to know chamomile (Matricaria chamomilla).

I often admit to my students that I wrongly dismissed chamomile. For many years I thought it was a “cute” herb, perfect for Peter Rabbit and perhaps children, but not a serious herb that could really impact an adult. Still makes me blush a bit to admit my ignorance.

Perhaps the thing that made me dismiss chamomile is a virtue that makes chamomile so wonderful. It’s a gentle enough herb for children and it’s a powerful herbal for adults. Or, as my friend and fellow herbalist jim mcdonald says, “Chamomile shows us that gentle does not mean weak.”

It’s been years since I’ve been appreciating chamomile for stress relief, and I still have so much learn from this delicate flower!

Chamomile has long been associated with mothers, love and comfort. Because I’ve spent so much time adoring chamomile through taste, smell, teas, tinctures, syrups and baths, when I spend time with it, I feel a deep sense of comfort. Like I’m cuddling up with a dear friend.

Now it feels like my nervous system has a conditioned response to chamomile. It doesn’t take much contact with chamomile for my shoulders to release their tension, my jaw to unwind and my heart to settle. I love that this simple flower can provide welcome relief during times of stress.

Researchers have taken an interest in chamomile for stress relief and have conducted several human clinical trials to evaluate its ability to address both depression and anxiety. In an exploratory study, researchers found that chamomile, even at a relatively small dose (220 mg), was more effective than placebo in relieving both depression and anxiety.1 Another clinical study found that chamomile relieved mild to moderate anxiety in people diagnosed with general anxiety disorder.2 A study in 2018 showed that people with moderate to severe generalized anxiety order who took chamomile had beneficial responses in their cortisol levels.3

When using chamomile for stress, I prefer it for anxiety and pent-up nervous system energy (rather than low or depressive energy). It’s a relaxing nervine, meaning it decreases nervous system tension and helps the body switch to a more parasympathetic nervous system function. Stress and inflammation tend to go hand and hand. Chamomile is a powerful remedy for modulating many different kinds of inflammation.

Chamomile can be used externally as a poultice, fomentation, bath, or liniment to help calm inflammatory responses. Think of it for rashes, burns, or even bleeding gums and oral mucositis.4,5

There have been several interesting studies showing how potentially powerful chamomile can be for addressing inflammation.

One study compared the topical use of chamomile compresses with hydrocortisone cream for relieving itching and discomfort associated with skin lesions in people who have stomas (a surgically created opening in the abdomen that allows stool or urine to exit the body). Participants were either given a one percent hydrocortisone cream or chamomile compresses twice a day. Those using the compresses had a significantly faster healing time as well as a considerable decrease in pain and itching compared with those using the steroid cream. The researchers also pointed out that using chamomile instead of the steroid cream prevents serious side effects associated with topical steroid use, such as thinning of the skin.6

A chamomile gel has been shown to prevent acute radiation dermatitis in head and neck cancer patients.7 Chamomile for Stress: Is It a Good Match For You?

I obviously adore chamomile for stress, but admittedly it’s not for everyone. Some people who are sensitive to the aster family will also be sensitive to chamomile.

If you know chamomile isn’t a good choice for you, another herb you could explore is lemon balm (Melissa officinalis). Lemon balm isn’t the same as chamomile, but it has similar stress-relieving properties and can be substituted in all of the recipes below. Perhaps the reason I was quick to dismiss chamomile for stress relief when I was younger is because I was only familiar with it as a tea bag tea. I don’t want to discourage chamomile in a tea bag entirely; it’s admittedly convenient, and if there are high-quality herbs in the tea bag, it can make a decent cup of tea. I often turn to these when travelling.

But if you only know chamomile as a tea bag tea, then you are missing out!

Below is a simple recipe for making your own chamomile tea. It uses slightly more chamomile than you’ll find in your average bag and I recommend steeping for slightly longer than is commonly done.

Think of this recipe as a starting place. You can use more (or less) chamomile and steep it for more (or less) time to suit your tastes and desires. Using more chamomile for stress relief and steeping it longer will have more of a pronounced calming, even sedative effect. It will also taste a lot more bitter. You’ll find your perfect cup of chamomile tea with a few tries. This sweet chamomile treat can be used in so many delicious ways! I’ve drizzled it over fruit salads and on pancakes and waffles. You can also add it to beverages like hot tea or sparkling water. Yum!

The honey in this recipe is not only for added sweetness but also works as a preservative. The more honey you add, the longer this syrup will last. It’s common to add an equal amount of honey to water. If you have a 1/2 cup of water, you add a 1/2 cup of honey. For this, I use slightly less honey than water to not overpower the flavor of the chamomile. As a result, it’s best to use it quickly. Discard any syrup that is cloudy or has mold growing on it.

Note that this preparation is more thin or watery than a thick syrup. I most often reach for chamomile as a comforting tea, but I wouldn’t want to be without the tincture or alcohol extract. Chamomile tincture is convenient to take when you’re not at home. It’s also a good preparation if it’s close to bedtime and you don’t want to be drinking a lot of liquid.

The following preparation is the folk method of tincture making. To be sure it’s a potent blend, finely crumble your chamomile before using. I like to pulse it in the blender several times, not to powder it completely, but to break it down significantly. Chamomile isn’t only for internal use; it is a lovely herb to infuse into oil, which can then be used to nourish the skin. This is a favorite for breast and belly massage. If you use a lighter oil, then it can also be a face oil.

Carrier oil choice: You can use olive oil for this recipe, which is very shelf stable but a bit heavy. Olive oil is good for body massage oils and for dry skin. Lighter oils like almond oil, apricot kernel oil, grapeseed oil, avocado oil and jojoba oil are all great choices. Herbal baths are underrated! I lived for nine years without running water and to this day, baths are still a luxurious treat. When I make herbal baths, I start by first making a strong herbal tea, then straining that tea and adding the water to the bath.

I often see pretty herbal baths on Instagram with lots of herbs in the water. While it is a gorgeous scene, I tend to be more practical. In other words, I don’t relish having to clean the bathtub of lots of herbal bits after I’ve just taken a relaxing bath.

I’ve had many chamomile baths and I especially turn to them when I am feeling stressed and I have aches and pains. It’s a lovely way to unwind and release muscle tension.

If you aren’t up for an entire bath, this can also be used as a hand or foot soak. Do you often turn to chamomile for stress or other uses?

Or is there another herb that is a commonly ally for times of stress?

Are you interested in going beyond tea to try chamomile in a new way? 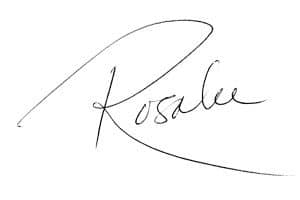