It was summertime. I was in Edinburgh, Scotland, and I had a cold. A horrible cold! I was stuffy and sneezy but, worst of all, I was deeply cold and I ached all over.

And that’s how I found myself in a liquor store at 10 in the morning.

I told the attendant, “I’ve a touch of a cold and would like some whiskey for a hot toddy. I don’t need your best and I don’t want your worst. What do you recommend?”

He nodded knowingly and replied, “Aye, no single malt for ye, ‘twould be a waste. Ye aren’t the first to come askin’ for hot toddy whiskey this morn, looks like a summer cold is making the rounds.”

He rang up a bottle for me and wished me well, “May that serve ye well, a toddy is the best of cures.”

I can’t remember when I had my first hot toddy, but I can say it was love at first sip. The heat of the brew as well as the warming qualities of the alcohol can bring profound relief when you are feeling tense and achy. It can also open the sinuses to bring relief to stubborn congestion.

In its simplest form, a hot toddy is a hot beverage made with water, honey, lemon, and whisky (or other spirits like brandy or vodka).

I didn’t know it at the time, but the name “hot toddy” may come from Edinburgh itself! As Barbara Rowlands writes for the Telegraph, “The word probably comes from Tod’s well, a spring located on Arthur’s seat, the hill in the heart of Edinburgh, which was one of the city’s early water supplies.”1 (There are other explanations for the origins of the term hot toddy, including an Indian drink called a toddy and an Irish physician named Robert Bently Todd who is credited for popularizing a similar hot alcohol drink.)

Rowlands also explains that the drink may have been originally invented as a way to mask unpalatable or harsh-tasting scotch that was common in the 18th century. Even though distilling methods have improved, a hot toddy is still a celebrated drink.

Hot toddies aren’t just for when you are sick. Many people use them as a way to prevent upper respiratory illnesses or simply to warm up on a cold, blustery day. In small amounts alcohol dilates your capillaries, which can decrease sinus and lung congestion. Alcohol can also be relaxing and give an overall feeling of warmth. These are all welcome effects when you are feeling stuffed up, tense, and cold.

But beware, too much alcohol can actually clog your sinuses, impair your cognitive abilities, and give you restless sleep.

A hot toddy is an alcohol-based drink. However, for those of you who prefer not to imbibe, I recommend using vinegar as a substitute. The vinegar can give the base of this drink a bit of a kick and can also help decrease congestion. You can also simply omit the alcohol for this hot toddy recipe.

A Peek at the Spices in This Recipe

While the basic hot toddy recipe will do, I always prefer to add a variety of spices to the drink.

While I was sick in Edinburgh, I found a health food store selling fresh ginger juice shots and those definitely spiced up the drink! Goodbye congestion! Fresh ginger is always preferred when you are using it to support yourself during a cold or flu and the fresh ginger juice is an especially potent way to use it.

In addition to the ginger, I also like to add the warming and delicious spices of cinnamon and cloves.

This time of year I am in love with everything conifer, so evergreen needles also get added in. Evergreen needles are also a wonderful decongestant and can help move stagnant mucus in the lungs and sinuses.

Almost any evergreen needles can be used, but you want to avoid any that have been sprayed with chemicals. Douglas-fir (Pseudotsuga menziesii), ponderosa pine (Pinus ponderosa), and spruce (Picea spp.) are my favorites. Do not use the evergreen needles of the Yew (Taxus spp.) tree. If you aren’t sure how to ID evergreen trees, then you can omit them from this recipe.

Rose hips are a nice complement as they add a fresh flavor as well as an additional thickness to the drink, helping to soothe a sore throat. Spike your internal fires with this deeply warming and penetrating brew. Hot toddies provide instant relief when you are feeling cold, stuffy, or achy. This blend of spices in this hot toddy recipe is especially chosen for its ability to open the sinuses (and tastes great!).

If you don’t have access to fresh ginger juice, then use minced fresh ginger and simmer it with the other spices. Here’s a simpler version of an herbal hot toddy recipe. These ingredients can be easily found at your local grocery store. As LearningHerbs’ 15th year comes to a close, I want to express my gratitude for trusting us to be part of your herbal learning journey. It was this exact week, in December 2004, that I was putting the final touches on the Herbal Remedy Kit and our first web pages. Back then, there was no Facebook or iPhones, and online video was still years away from being perfected.

Kimberly and I used to put the herbal kits together on the floor of our tiny one-bedroom apartment after the kids fell asleep. I borrowed a computer and Wi-Fi from the library to create the first LearningHerbs site. Neither of us had any idea what was ahead, and I never would have believed you if you time travelled to my beat-up Subaru and told me.

Besides our incredible community of tens of thousands of herbal learners, I am also grateful for our team that has grown to 12 people this year!

The photo above is of the very team that brings you LearningHerbs, including HerbMentor, Herb Fairies, the Kit, Wildcraft!, Alchemy of Herbs, and our many video courses. From left to right is Van, Nahanni, Li, Jan, Jenny, Deb, Kimberly, me, Kat, Rosalee, and Karin. Not pictured is Emily.

Speaking of Emily, 2020 will see the release of Emily Han’s brand-new course, as well as a supersecret project developed by Emily and Rosalee. This is coming in February, so you won’t have to wait too much longer.

On behalf of everyone at LearningHerbs, I wish you and your families a season of joy, love, and peace. 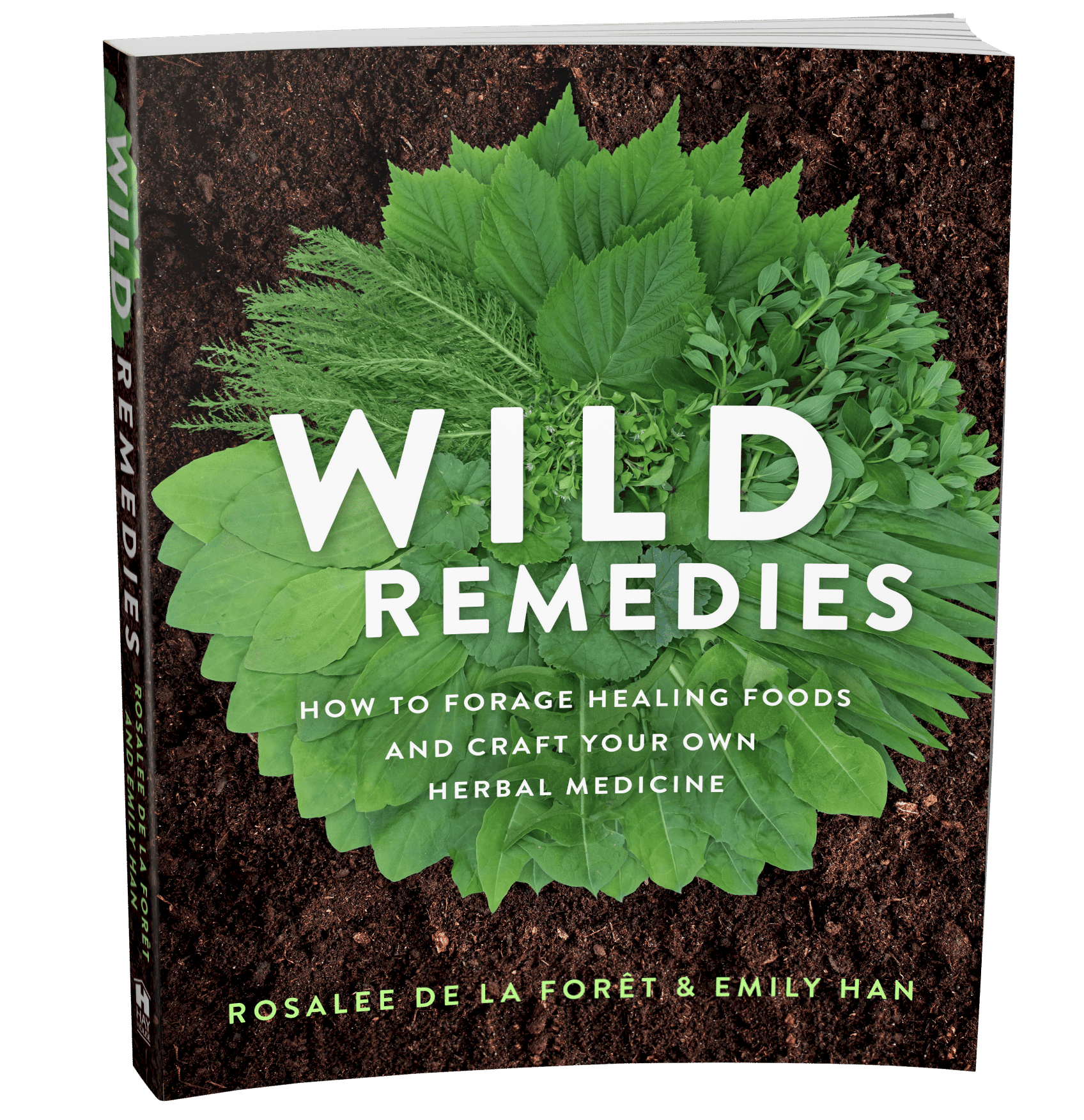 We have really cool bonuses...

The Season of Stillness: Winter Gardening Tips Scroll to top