Facial serums are silky and light oil-based preparations that are used to nourish and protect the skin. A few years ago, I created a self-heal serum recipe that I used for years. Last year I decided it was time for a new recipe.

About that same time I was doing research for an herb monograph on St. John’s wort for HerbMentor.com. As part of the research for that article, I talked to several people who had used St. John’s wort topically to address pre-cancerous cells. I was intrigued! In my youth, I was not always careful about avoiding sunburns, and there was a time when I lived in the Dominican Republic where I got lots and lots of sun on my skin for many months.

St. John’s Wort and the Sun

Often blooming around the summer solstice, St. John’s wort has a poetic and complex relationship with the sun.

It is also known for protecting the skin against sun damage.

However, there is a degree of controversy surrounding St. John’s wort and its ability to protect people from the sun vs. increasing the negative effects of the sun. As is often the case, the reason for the controversy stems from complexity.

Many herbalists use an infused oil of St. John’s wort topically to protect their skin from the sun, as a mild sunscreen of sorts. This protective action can probably be attributed to St. John’s wort’s excellent anti-inflammatory and vulnerary effects. However, there have been several case studies showing that internal use of St. John’s wort increased photosensitivity, leading to blisters and severe burns. After using this plant regularly for over a decade and reviewing this literature, here’s what I’ve learned:

Be aware that there are reports from herbalists of people using St. John’s wort in normal amounts who have experienced photosensitivity. I think it’s prudent to keep this in mind and to slowly test out someone’s personal level of sensitivity.

Modern clinical trials have verified that a cream made from St. John’s wort has the ability to protect the skin from the harmful effects of sunburn. In this study, the UV-protective effect of the St. John’s wort cream was tested on 20 volunteers in a randomized, double-blind, vehicle-controlled study. The herbal cream was found to significantly reduce UVB-induced erythema as opposed to placebo.1 How to Identify St. John’s Wort

Hypericum perforatum is native to Europe and parts of Asia but has now spread throughout the temperate regions of the world.

It’s an herbaceous perennial plant that likes to grow in sunny fields, but also enjoys getting a fair amount of moisture from the earth. I often find it growing in the gravelly sand beds of rivers or wet meadows.

It can grow anywhere from one to three feet in height. The yellow flowers are radially symmetrical with five petals. They have an obvious superior ovary with many stamens. The “perforated” leaves give this plant its species name. If you hold a leaf up to the light, you’ll see tiny black “holes” or oil glands in the leaf, giving it a perforated appearance. If you are unable to find St. John’s wort growing wild near you, you can often order it fresh from herb farmers or wildcrafters. Another option is to buy St. John’s wort infused oil from an herbalist or a company like Mountain Rose Herbs.

When making a St. John’s wort infused oil you need to use the fresh or freshly wilted plant. I wouldn’t waste your time using dried St. John’s wort for oil, because it simply won’t work.

I like to make an especially potent St. John’s wort infused oil by only using the young flower buds before they have opened. If you don’t have access to a lot of St. John’s wort, then you can also use the flowering tops including the uppermost leaves. To make the infused oil, I pick the buds from the plant and put them in a half-pint canning jar. I lightly pack the buds in the jar, filling it almost to the top. I then fill the jar with oil. For the facial serum recipe, I prefer to use jojoba oil because it is nourishing for the skin and it has a light, non-greasy feel. You can use any carrier oil of your choosing.

Once you have the fresh St. John’s wort and the oil in the jar, stir it well and cover it with a tight fitting lid. While the flower buds are infusing, I place the jar in the sun.

Visit the oil every day for several weeks to make sure all plants parts are below the surface of the oil. Some herbalists think that placing an oil in the sun increases its degradation, but while that rationally makes sense, I have always done St. John’s wort oil like this and have never experienced problems. In researching this article, I read that King’s American Dispensatory even recommends the solar infusion method.

After several weeks, once the oil has turned to a brilliant dark red, strain off the flowers. The resulting oil can be used as is, or in the decadent recipe below.

Also note that although the oil is often infused in the sun, once the herb has been strained off, it is best to keep it in a dark, cool location. 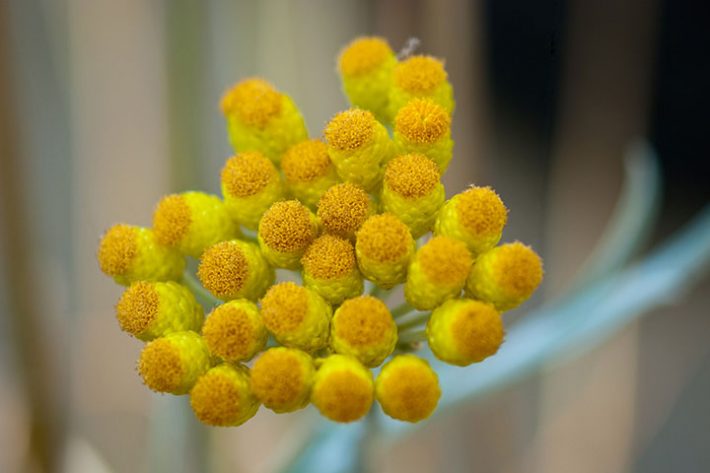 Here are the essential oils and extract that we will be adding to the facial serum:

Also known as everlasting or immortelle, this essential oil is well known for its ability to support skin health, reduce inflammation, and reduce pain. Herbalists commonly use helichrysum for minor injuries, such as bruises and contusions, and we also frequently use it for scars. This is an expensive essential oil. I use it sparingly and a small bottle has lasted me for years.

One of my favorite essential oils because of its lovely scent, lavender is also a wonderful choice for protecting and healing the skin. It has a long history of use for healing burns as well as infections. This face serum combines several sources of oils, extracts, and essential oils to create a deeply nourishing and restorative oil for the skin. I use it both morning and night on my face, neck, and shoulders. This blend is also ideal for healing scars. 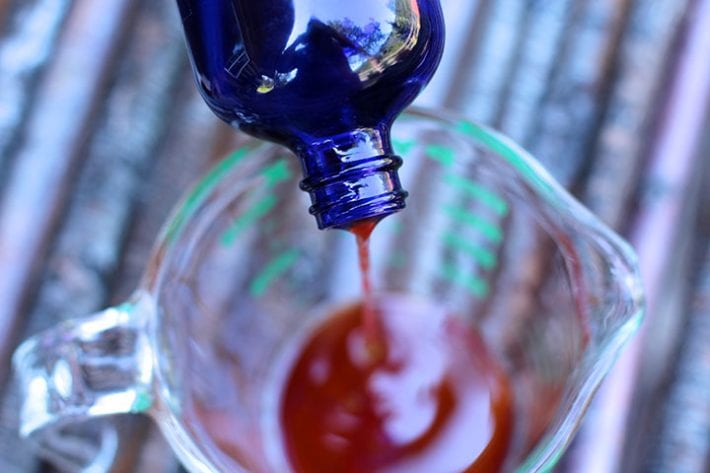 Yield: This recipe yields approximately 2 ounces of oil. With daily application it should last about 3 months. 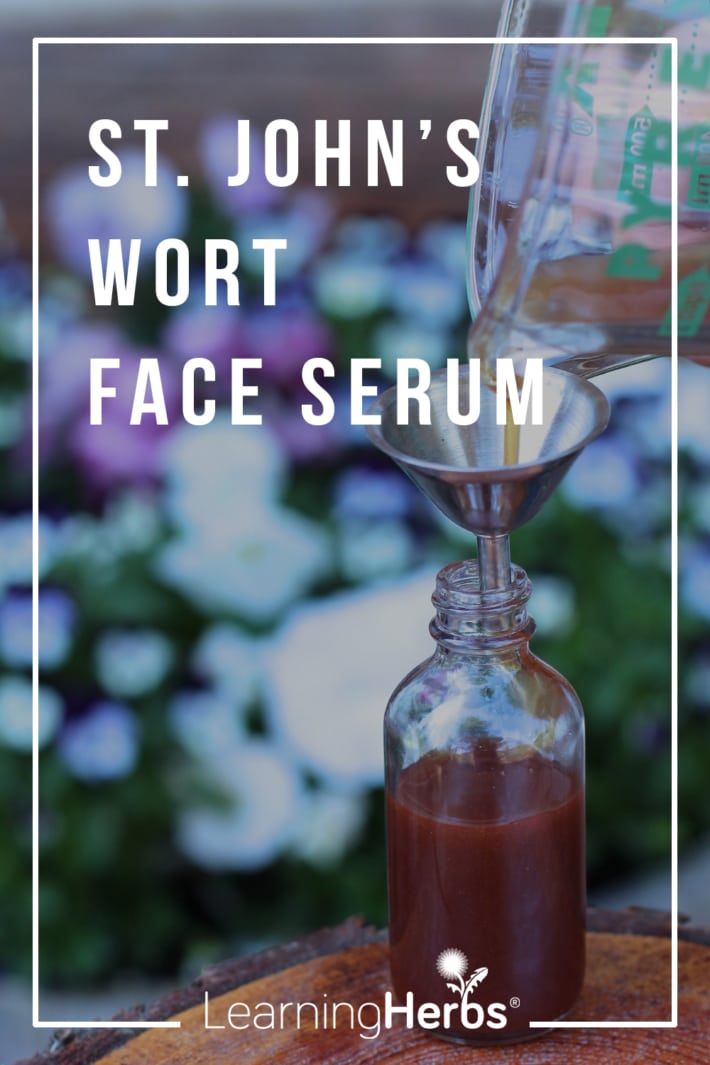 Have you ever made a remedy with St. John’s wort?

What’s your favorite thing about this herb?

Let me know in the comments below. Want to join the discussion?
Feel free to contribute!

Cool Down with These 5 Healthy Summer Drinks