As the name strongly suggests, cramp bark is fabulous for stopping cramps. It works well for muscle cramps, like when you throw out your back, menstrual cramps, or even restless legs.

After reading this article, I’ll bet there will be a few of you out there thinking, “Why go to all the trouble? Why not simply pop some ibuprofen?”

Most people tend to think of over-the-counter medicines as being safe. However, According to the American Gastroenterological Association (AGA), each year the side effects of NSAIDs hospitalize over 100,000 people and kill 16,500 people in the U.S. alone.

I don’t know about you, but that doesn’t feel very safe to me!

Cramp bark can be a reliable and safe alternative to NSAIDs. One of the herbs for back pain, it specifically helps relax tissues and relieve tension.

I often reach for cramp bark when I’ve got back pain.

Have you ever “thrown out your back”?

I have, countless times.

One minute you’re doing a seemingly innocent thing like picking something off the floor (or you’re totally overdoing it gardening) and bam! something slips out of place and the pain increases steadily until lifting your pinky finger creates excruciating pain.

After a while the muscles around the area seize up, which immobilizes you even more.

This forced immobility is not necessarily a bad thing! Those seized muscles are protecting this vulnerable area. The holistic approach here is rest! Popping some pills or herbs and then heading back out to the garden is not a good idea and it can injure you further. 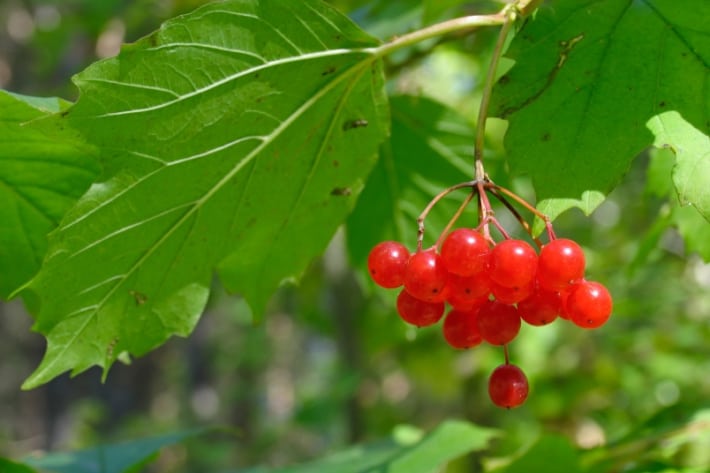 What Is a Fomentation?

I often use cramp bark as a fomentation over cramped muscles when I’ve thrown out my back and I rest and stay mostly immobilized. The cramp bark fomentation significantly decreases the discomfort, but I am also not going to push myself too much and increase the risk of further injury.

A fomentation is basically a strained herbal decoction, that is then applied to the area using a cloth.

This fomentation works well for major pain but can also help with more common muscle spasms as well. For example, it can be used when you sleep wrong and have a “crick” in your neck (usually a muscle spasm). Or it can be used over the abdomen for menstrual cramps. How to Make a Cramp Bark Fomentation

Besides cramp bark I also add ginger and cayenne to this mix. Both of these herbs stimulate circulation and reduce inflammation. This combination has helped me through many painful situations!